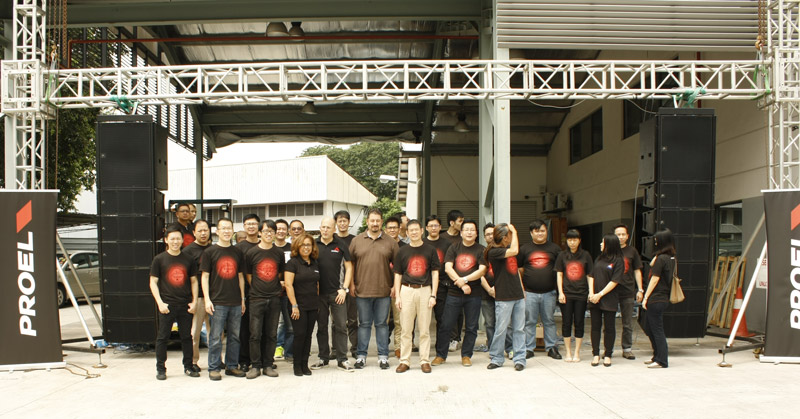 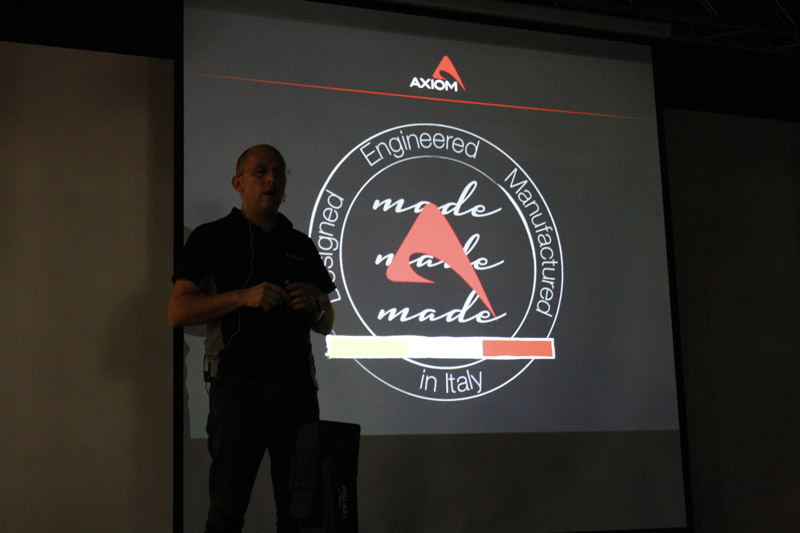 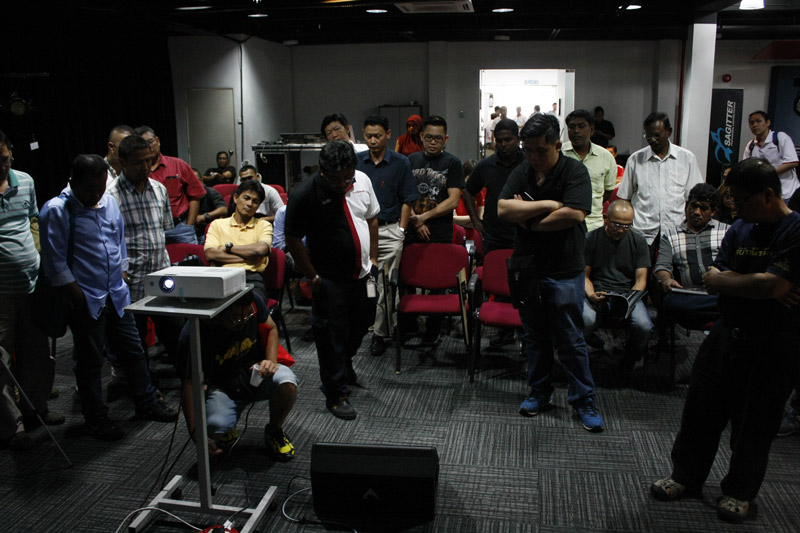 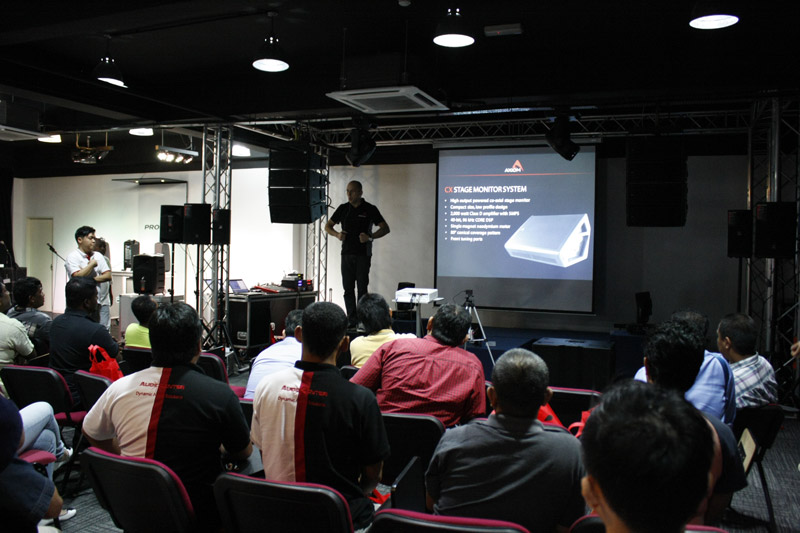 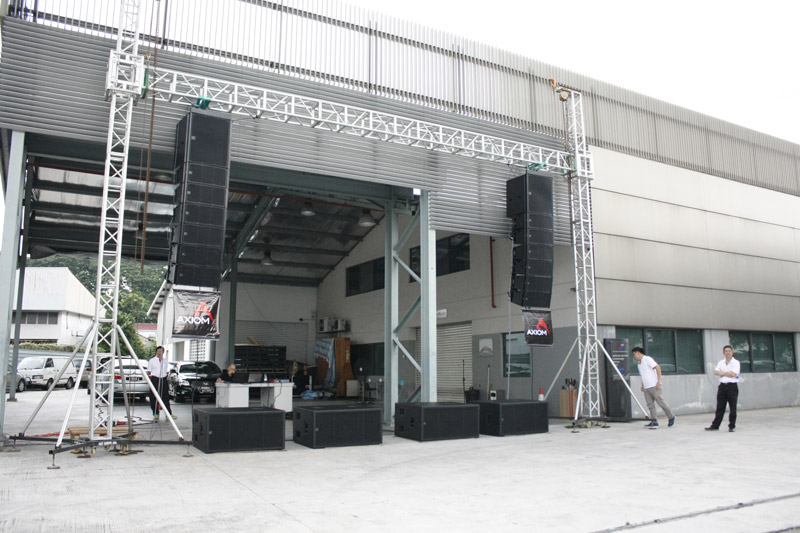 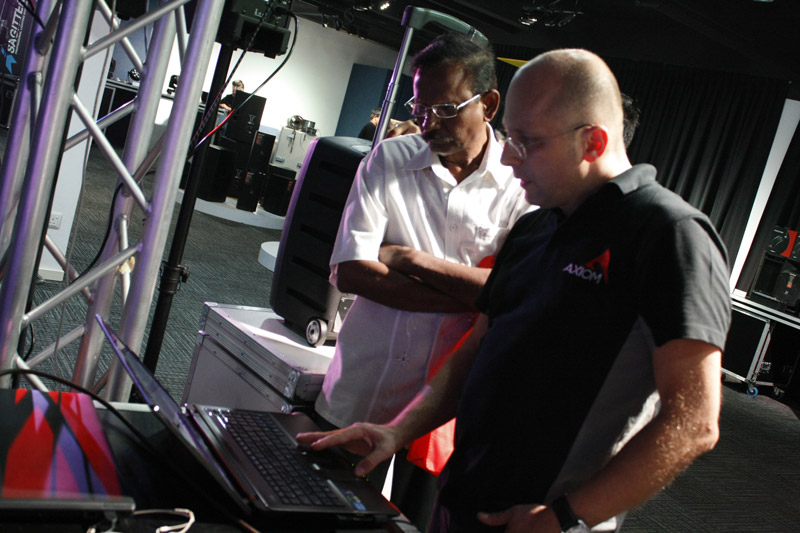 Proel, in conjunction with its Kuala Lumpur-based joint venture partner Proel Malaysia, held a pro audio seminar over three days in November 2015. It was organised by Proel Malaysia, who design and supply audio and video equipment for large installations in the region, and provide customer support and training activities to back up the wide range of Proel products, including its Axiom professional loudspeaker products. The seminar was aimed at introducing the Axiom brand both to the staff of the systems integration division of major shareholder company Avem Group, and to prospective customers in the Malaysian market.

Attracting over 100 attendees from different regions of Malaysia and also from other neighbouring countries linked to the Proel Malaysia market territory such as Singapore and Brunei, the seminar was divided into two main sessions.

Day 1 of the seminar was mainly dedicated to internal sales-orientated training for the AVEM group of companies, an opportunity for the 20 staff from the project, trading, and retail departments to gain in-depth product knowledge and an understanding of the technologies behind the Axiom range. The session was initiated with an introductory address by Proel Malaysia's managing director Seng Yew, who gave an overview of the state of the market in Malaysia.

Proel's export area manager Hasna Nahdi then explained the company's commitment to develop its brands and provide strong support for its partners in the region, and the significant investment Proel is making into research and development.

Day 2 of the seminar was opened to all attendees, organized in two sessions with a demonstration at the end of each, and began with a welcoming speech from Seng Yew, echoing Proel's worldwide message for 2015: 'There is nothing like a challenge to bring out the best in man'. Hasna Nahdi then gave an overview of the Proel Group corporate structure, and its activities and investments in new brands including Axiom, Sagitter, and Dexibell.

Daniele Massaccesi then covered a range of technical topics, including the differences and usage of flown subwoofers versus ground stacked; point source solutions for distributed monitoring systems for live stages, broadcast and TV; the benefits of transmission line backloading designs on live stages; front fill applications; subwoofer arrays and cardioid configurations; and an illustration of how 3D CAD can make a difference in the design and proposal of sound system projects.
Indoor and outdoor demonstrations occupied the rest of the day. The AX2010A medium scale line array was flown on a truss, six boxes each side, and was shown in a 3-way configuration – with one SW36XFA high output subwoofer at the top of each cluster, or with two ground stacked SW218A subwoofers – and in a 4-way configuration using the ground stacked subwoofers as infrasubs. The AXCA4402 package, consisting of four AX2065A compact line arrays and two SW215A subwoofers, presents a compact solution for indoor applications such as small live and disco clubs and broadcast studios. Finally a combination of the CX15A coaxial powered stage monitor and the ED25P low profile passive loudspeaker was shown to be a highly effective solution for live stages and broadcast studios.
Summing up the event, Nahdi commented: "This was the second workshop we have held in Kuala Lumpur, the first was in 2014. At that time those that came were curious to learn about an unknown loudspeaker brand that had just appeared in the market, but this year I felt the audience were captivated not only by the sound quality of the Axiom systems but also the design concepts and neatly packaged solutions that the various product configurations offered. Certainly the CX15A powered monitor demonstration impressed many in the audience.

"The outlook for Axiom in Malaysia is very positive and our partner is confident. We have the benefit of a large Axiom line array system in the capable hands of one of the biggest PA rental companies in Malaysia – KRSS, who produce many events throughout the whole South East Asia region – and this is sure to raise awareness of the brand and products amongst other rental companies and installers."