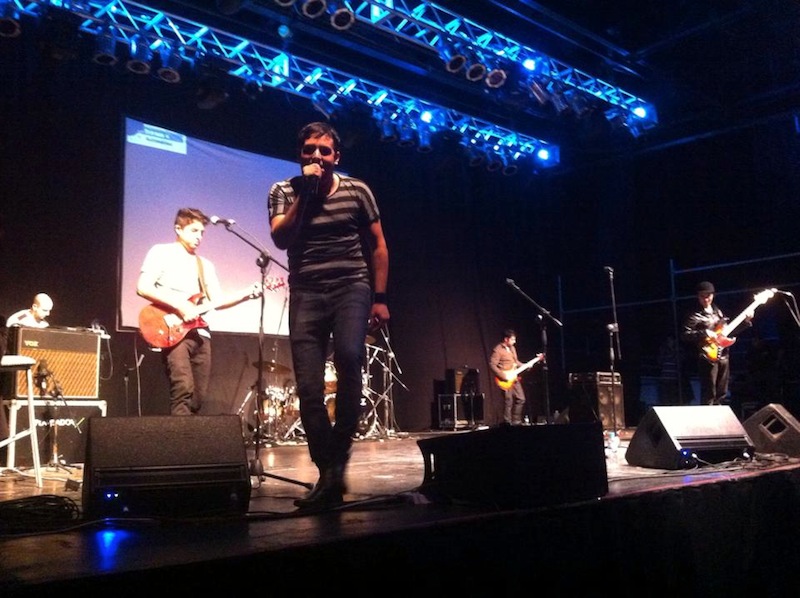 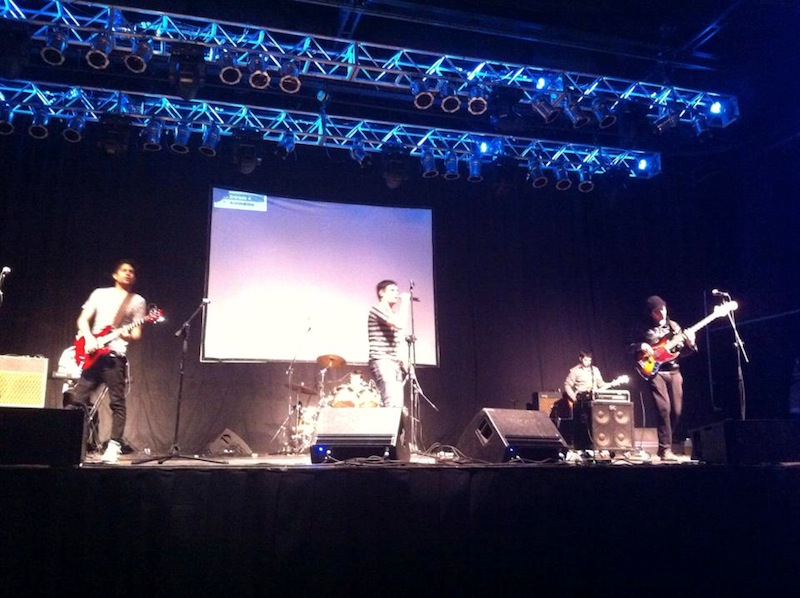 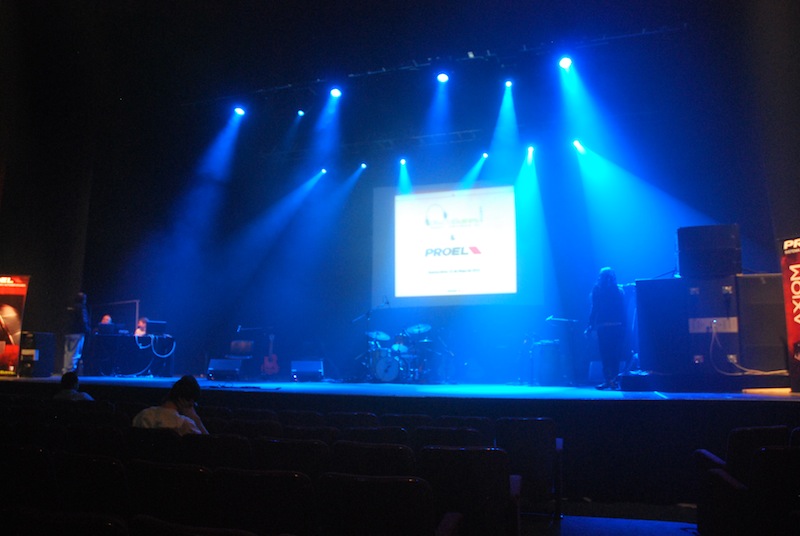 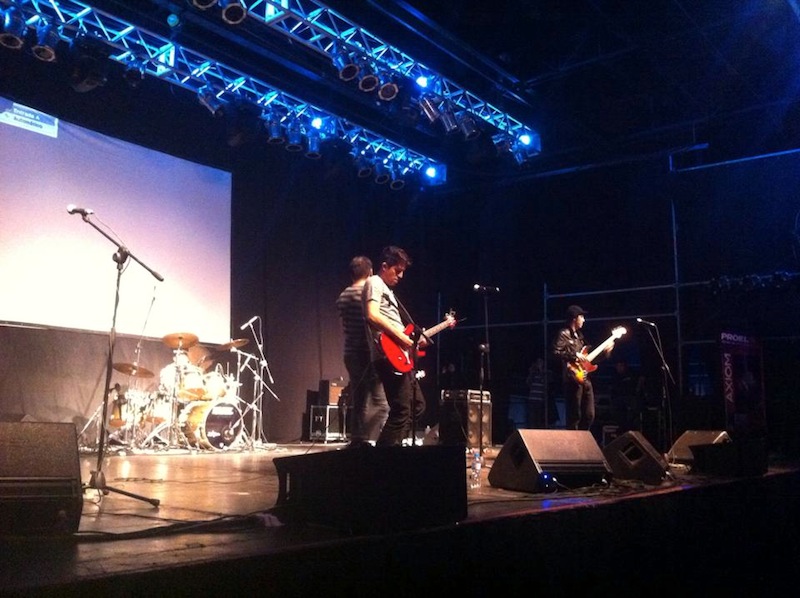 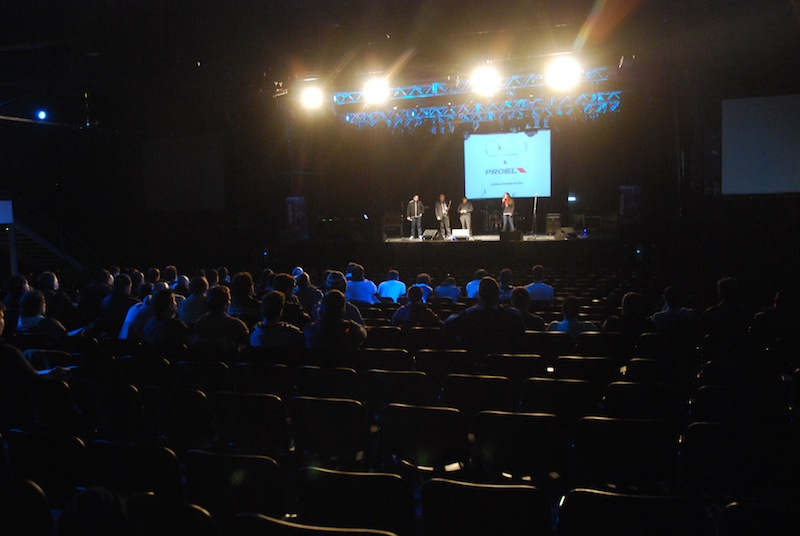 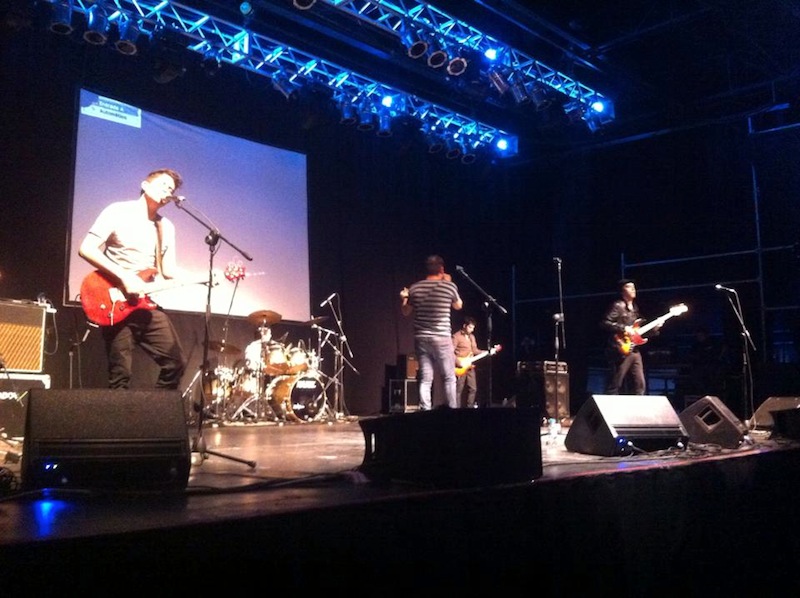 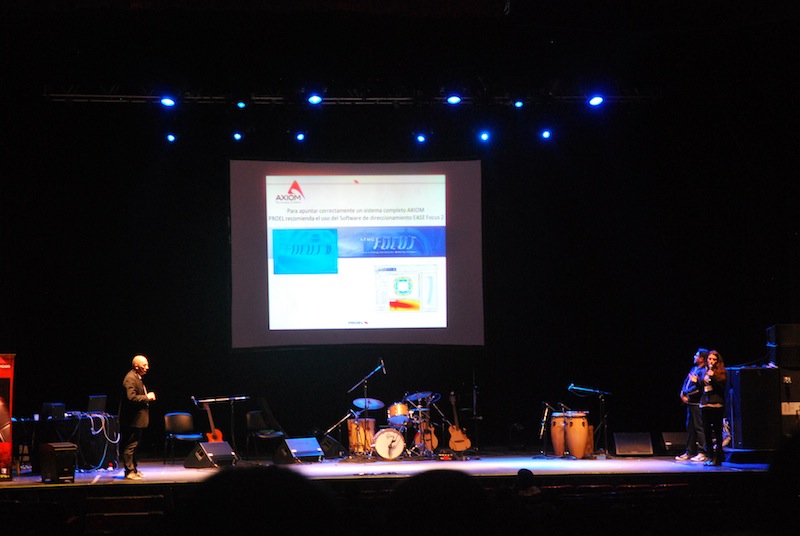 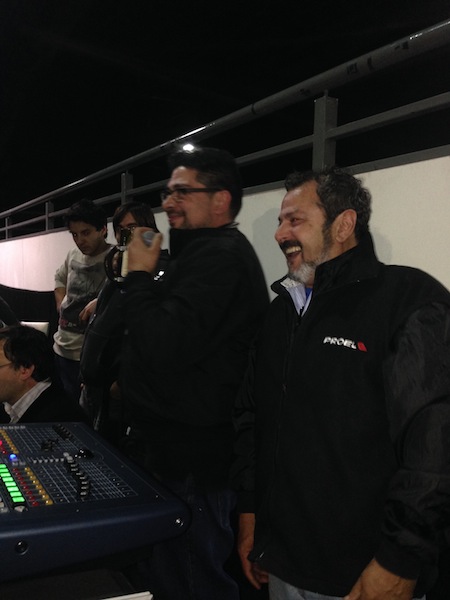 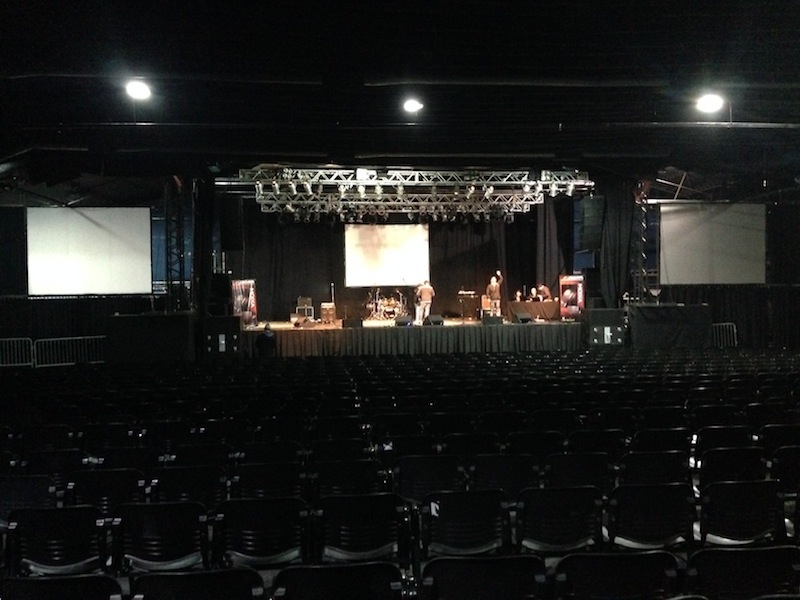 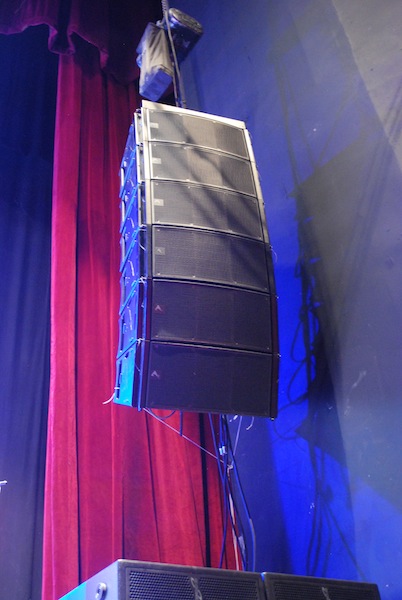 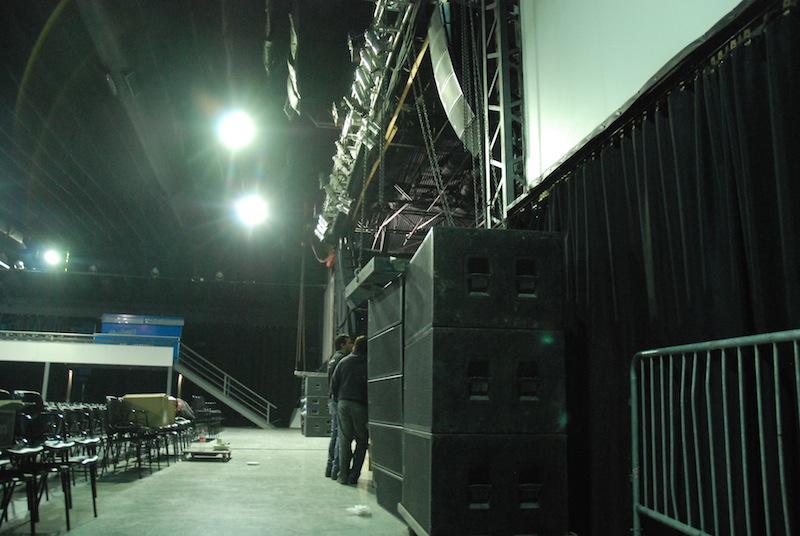 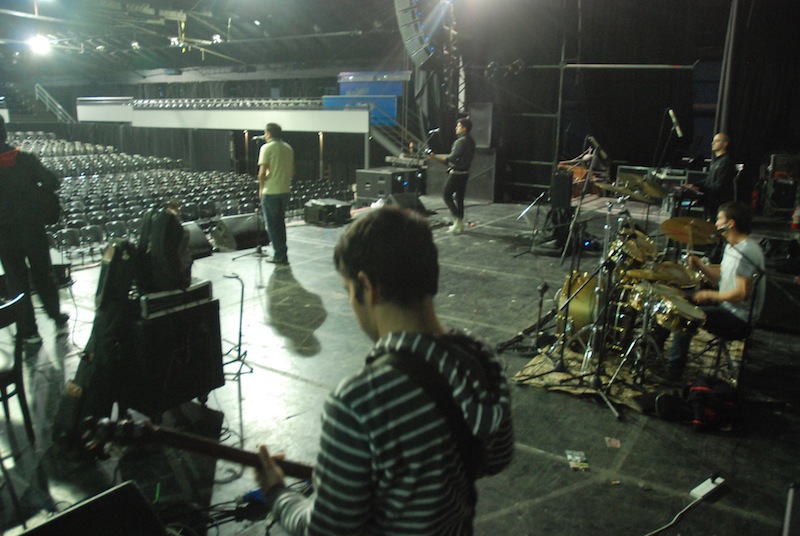 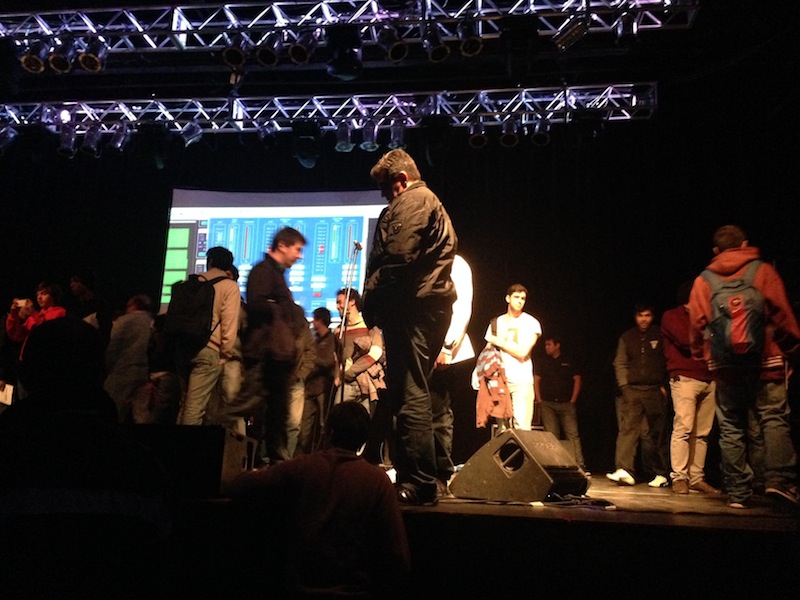 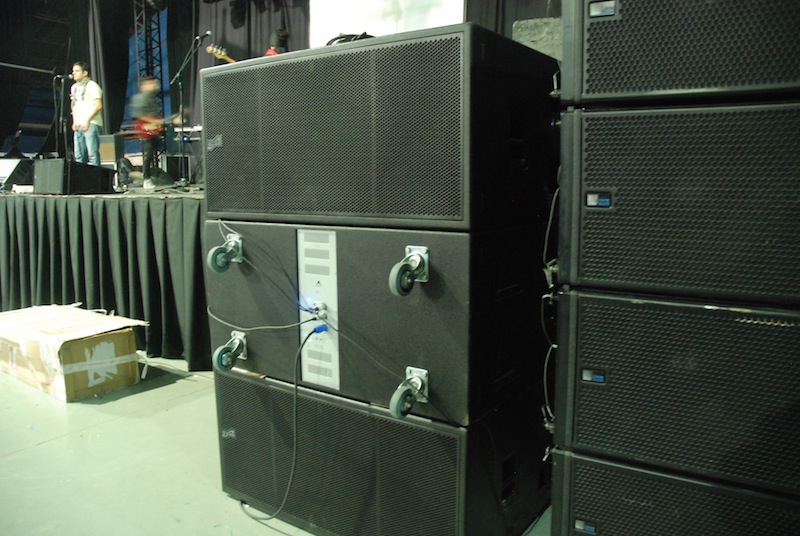 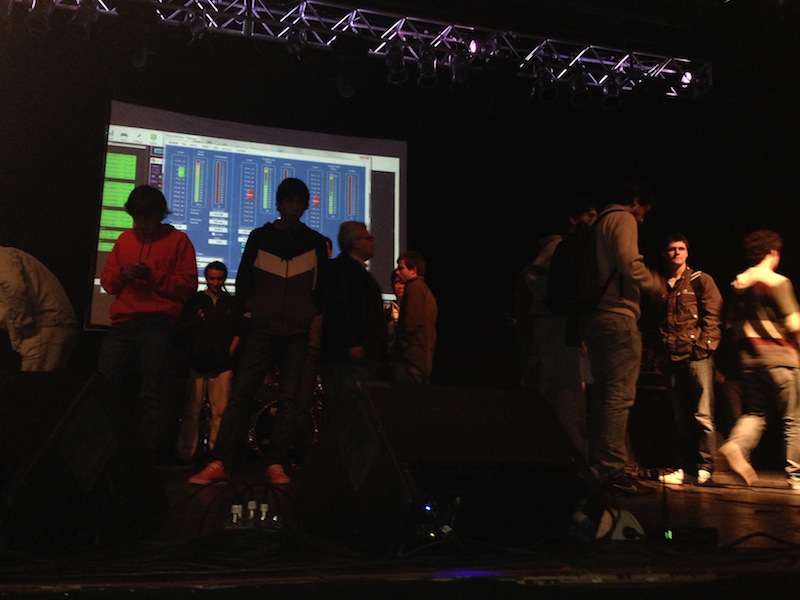 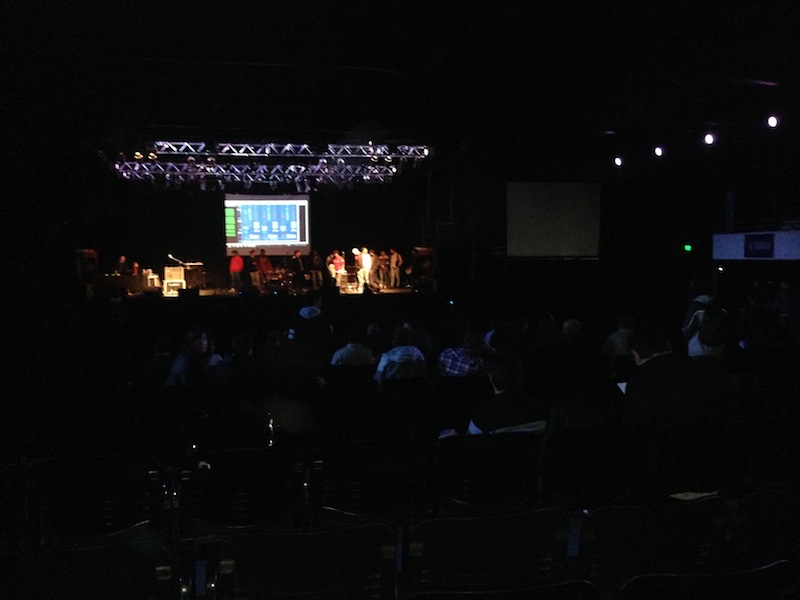 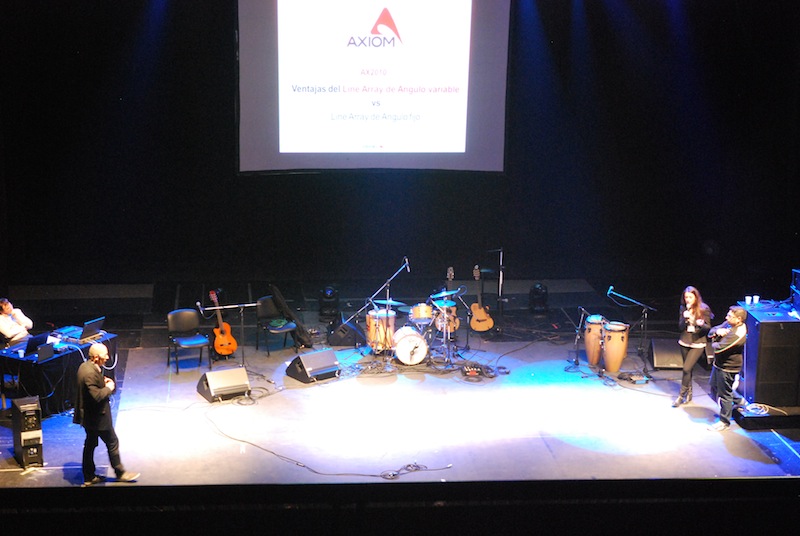 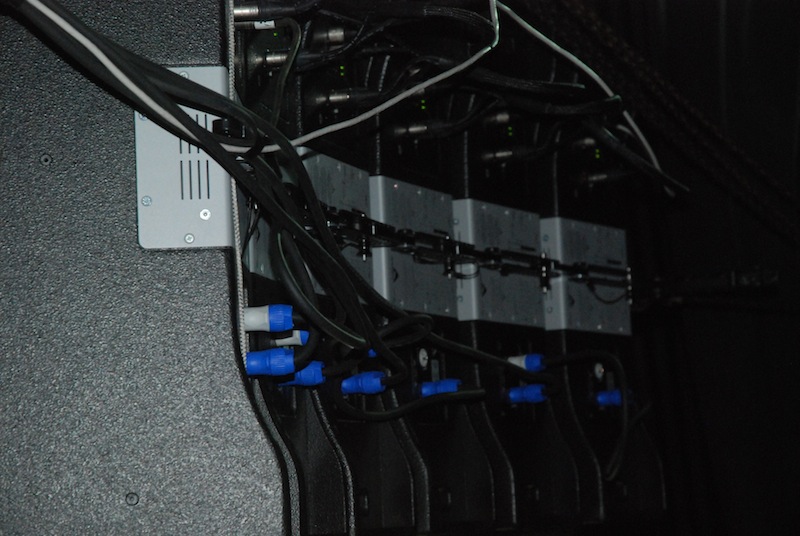 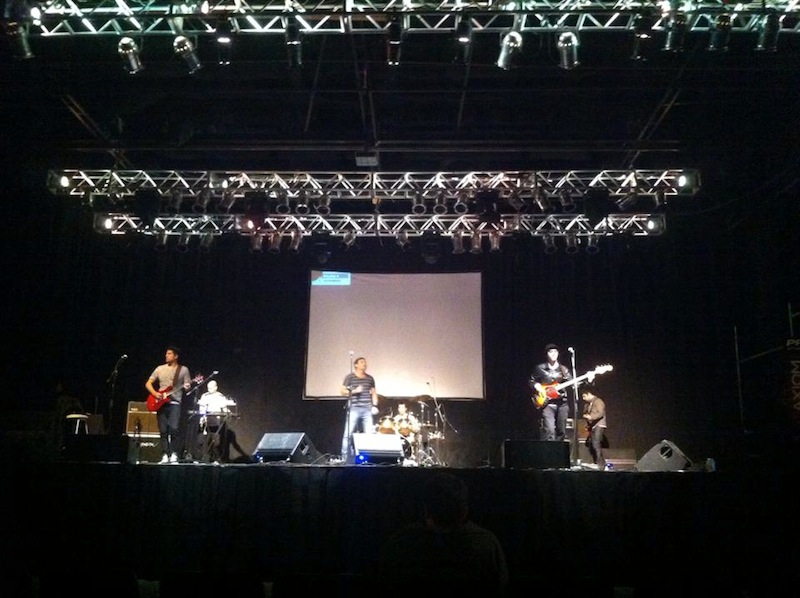 AXIOM's new products have been introduced in Argentina on May 20th and 21st, with a special focus on the AX2010A and the SW218A models. System demos were also held during the two days with various configurations, along with an interesting training on the EASE FOCUS 2 simulation program and on the PRONET remote control software.

During the first day at Espacio Quality in the province of Cordoba, about 150 people, mostly technicians and engineers from Cordoba and the neighbouring provinces, attended the event. For the occasion, an AXIOM system was set up on a 15m-wide stage, including 6 AX2010A modules on each side (for a total of 12), 2 AX2010A as front fill and 3 SW218A subwoofers on each side (for a total of 6) in CARDIOID configuration. The system left a great impression on the professionals attending the event and provided an excellent sound quality in the 1400 sq.m. area. The system was presented by Daniele Massaccesi, Gabriella Di Giminiani, Raúl Alberto Casadey and Diego Aballay and was followed by the music from Planeador V.

We would like to thank Horacio Oliva’s EXSON for the support and for co-ordinating the event, MELLANO SONIDO for the subwoofers and Gabriel Cammertoni and his team for the logistics and for "activating" the system.

On May 21st, the workshop moved to the Teatro Opera in Buenos Aires, one of the capital's most important theatres that hosts top national and international performances. With a capacity of around 2,500 people, the historic Teatro Opera was inaugurated in 1872 and underwent renovation works in 1936, which gave it its current layout. Inside there is a 1400 sq.m. area (40x35), a 15m-wide stage and a second 35x40 floor, with a fixed system featuring 32 AX2010A modules divided into 5 clusters and 4 SW218A sub-woofers. The AXIOM system that was demonstrated will remain in the theatre as an in-house system for shows and artists performing from May onwards.

The presentation of the technical features of the AXIOM system was followed by a training on EASE FOCUS 2 and PRONET softwares and then the stage was left to the "Javier Caminos" band.

The following configuration has been used for the show:

The system's performance has been highly appreciated by the important guests attending the event, such as technicians and CEOs from renowned companies, along with more than 150 pro audio specialists.
We would like to thank TEDDY GOLDMAN, owner of the system installed, for the event's great success. Thanks also to all the technical staff for their support and to DISCOBAIRES for co-ordinating the event.