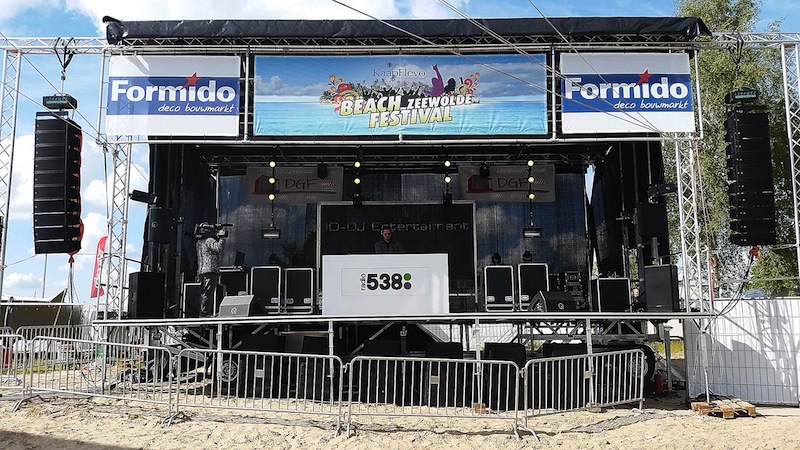 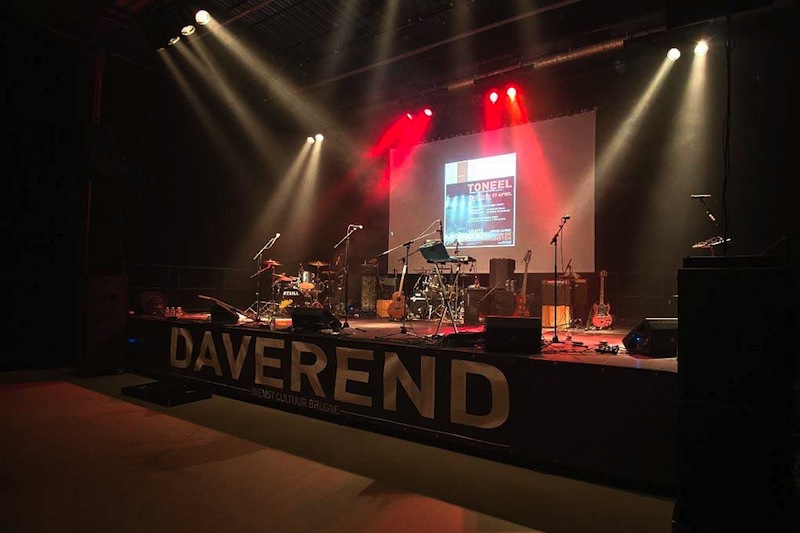 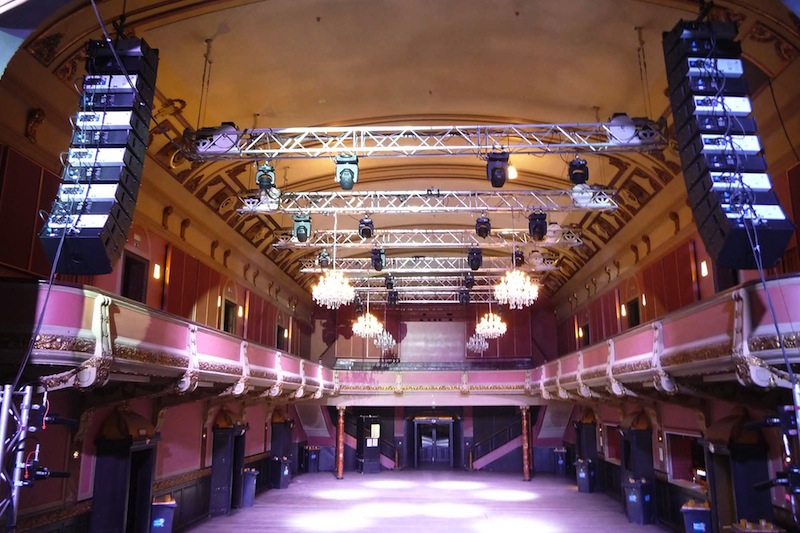 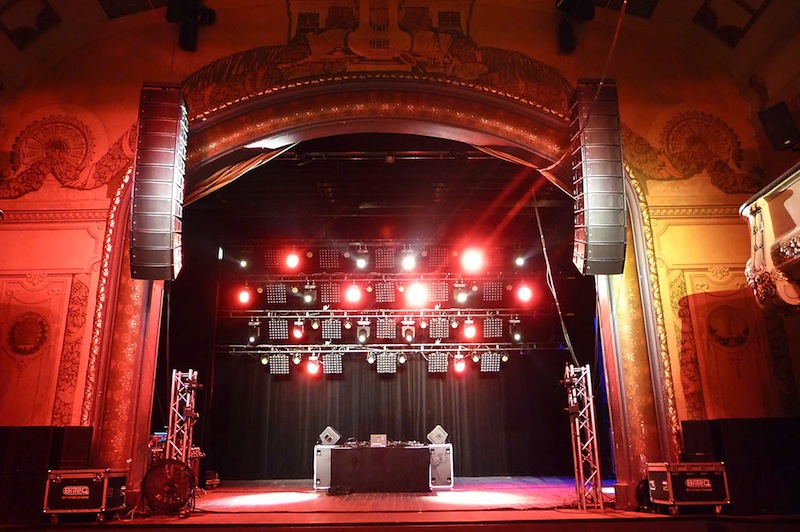 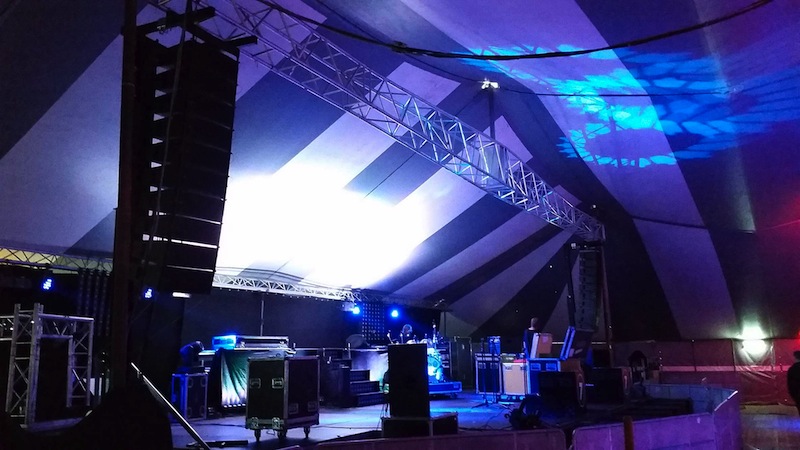 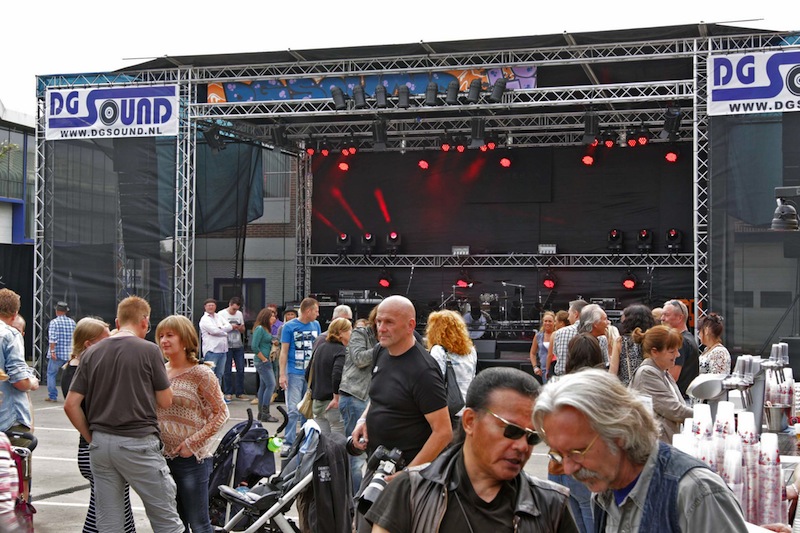 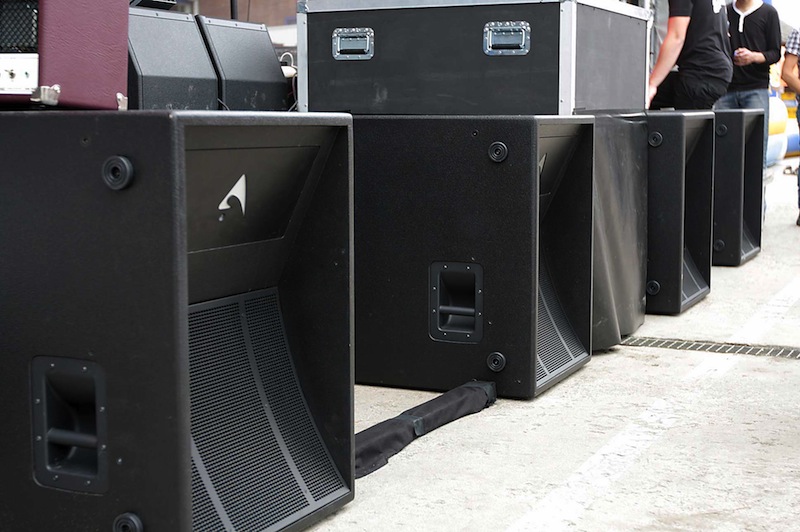 Over the last 18 months or so, Proel’s Benelux Axiom distributor, Heuff Sound and Vision BV has had considerable sales success with the mainstay of the Axiom product range – placing dozens of compact and medium scale line arrays with the region’s most active sound rental companies in Holland and Belgium.

Helping to create the beginnings of a loosely defined rental network, Heuff’s managing director Edwin In 't Veld was quick to realise that the Axiom line arrays’ potential as a turnkey sound reinforcement solution lends itself very well to the requirements of production companies who need to service a wide range of live music and corporate clients with only one type and size of loudspeaker enclosure, and who can if required pool their inventory and combine systems together to cater for larger events.

“We now have in excess of a half dozen top rental companies using Axiom systems in Benelux,” says In 't Veld, “and that’s in just over a year and half. The ability to get a great sound right out of the box with minimal tuning has proved to be crucial, coupled with the hands-on training that our technicians give to all new customers who buy Axiom.”

Over the summer, a wide variety of live events and dance music festivals in Holland and Belgium have resounded to the sound of Axiom line arrays.

In July, JMC Productions, who are based in Oudenburg near Ostend in Belgium, provided an AX2065 system for the band F-rent at the Bekegem Evening Market for an audience of around 750 people. The PA was made up of six AX2065A active and six AX2065P passive line array elements flown each side, with eight ground stacked SW215A active subwoofers. The active AX2065A box has more than enough Class D power to hook up an additional passive AX2065P unit, making very efficient use of available mains power and simplifying cabling.

Proel’s proprietary PRONET software was used extensively to digitally arc the subwoofers to improve horizontal coverage, and by optimising phase alignment and frequency response with AFMG’s Systune software the 24 line array boxes provided plenty of headroom and coverage to keep up with the subwoofer array.

According to In 't Veld, the band’s FOH engineer clearly had a good time mixing on the Axiom system, resulting in an open and powerful mix where every instrument from brass to vocals had their own sonic space in the audio spectrum.

On stage, a total of seven Axiom CX15A stage monitors where used for the musicians. Often with a large main system set-up, the stage monitor sound can be masked by low-mid frequency bleed from the main flown sound system, rendering it unintelligible. To specifically combat this problem the AX2065 is designed around a low-mid frequency transmission line with vents at the sides of the cabinets – which emit low frequency energy out of phase with the front radiation, so cancelling out any potential interference. JMC’s systems tech reported that it was clearly noticeable there was less low-mid bleed on stage compared with conventional systems, and as a result both the stage monitor sound and the FOH mix were cleaner.

JMC also provided a smaller Axiom system of four AX2065A and four AX2065P elements with SW215FA and SW121HLA subwoofers for a series of eight live events held at the Cultuurzaal Daverloo in Brugge. Organised by the culture department of the City of Brugge, the Daverend events are scheduled throughout the year – with half of them being unplugged.

“The unplugged sessions place high demands on precision and definition from the sound system,” says In 't Veld. “For this medium sized room the eight AX2065 boxes offered more than enough SPL, but more important here is bandwidth and smoothness of coverage, both side to side and from front to back of the venue.

“EASE Focus was used to determine the correct height for the array to reduce proximity effects in the near field while creating even coverage right to the back of the 14 metre by 14 metre room.”

JMC’s 21-inch SW121HLA subwoofers were configured as an infra-sub frequency band in a three-way alignment with the SW215FA flown subs and AX2065 mid/highs, extending low frequency bandwidth easily down to 30Hz and creating almost razor-flat response from 30Hz to 90Hz.

The monitor setup was, as commonly supplied by JMC, a total of seven CX15A powered 15-inch stage monitors.

After checking out the Axiom PA at the Evening Market Bekegem and being suitably impressed by it, rental company Grizzly Pro Sound and Light made the decision to purchase a system of their own. At the beginning of September the PA system of 12 AX2065P, 12 AX2065A, and eight SW215A subwoofers was delivered, and provided an opportunity to ‘shake down’ the system at a DJ event in the 15 metre by 25 metre main room of the Culture Centre The Factory at Sint Lievens Houtem in Belgium.

Heuff BV’s technicians once again provided on-site training for Grizzly’s crew in the rigging and tuning of the Axiom system. “Although perhaps slightly overpowered for this room, the full system was put together for this event,” explains In 't Veld. “Eight SW215A subwoofers created a sub-bass array, digitally arced to improve horizontal coverage using PRONET software and the internal DSP in the boxes. The 24 AX2065 line array elements were flown from the in-house trusses, and provided excellent coverage and power all the way to the back of the room. “

As a regular part of the tuning process, SysTune was used to make real time phase and response corrections, and after extensive listening tests the Axiom system limiters and gain settings were aligned with the local maximum SPL allowed for the event.

Back on Dutch territory, rental company DG Sound was the audio provider for an outdoor live music festival staged in the PA company’s home town of Zevenhuizen, between Rotterdam and The Hague.

For this outdoor event, in which DG Sound has been involved both this year and in 2014, two Axiom SW215FA subwoofers were flown together with the eight AX2065 line arrays each side of the stage, creating a more phase linear response between the mid/highs and the subs with better long throw performance at bass frequencies.

Ground stacked 21-inch infra-subs provided extended low frequency response and ground shaking ‘concert lows’, complementing the flown bass for tight and cohesive overall low frequency performance – and it evidently worked. Of the many experienced artists and performers who regularly use DG Sound’s professional services, both Futureban and Shaky Ground as well as the other festival acts agreed that audio quality at DG Sound Live 2015 was a great success.

To the east and south of Amsterdam, the popular Festivoort is held in the middle of an industrial area not far from residential housing. This urban location of this outdoor event therefore demands very precise control over sound system directivity and strict sound level control.

Rental company Q-AV supplied an Axiom PA system for the main area of the festival, and in once again was able to use the line array’s transmission line back loading to great effect in keeping low frequency energy away from the rear of the PA, and preventing bass frequencies from reaching the nearby houses.

The 10-a-side AX2065 elements – five of them powered and five passive – were basically focused to give tightly controlled high energy coverage of the main dance floor area, and were supported by six double 18-inch NEOS218AXS subwoofers placed in an array, giving good control of the horizontal coverage at low frequencies. As with the mid/highs, the subwoofers were configured and tuned to concentrate the majority of their energy directly on to the 20 metre by 25 metre dance floor.

To round out the summer’s entertainment, Q-AV’s Axiom systems also featured prominently on two popular festivals in Holland: the three-day Zeewolde Beach Festival has grown steadily over the last few years and has always been powered by Axiom; and the PJGU Festival in Woudenberg, which is around 30 km east of Utrecht.

This year at Zeewolde, Q-AV fielded an Axiom PA of ten AX2065 line array elements each side, supported by six double 18-inch NEOS218AXS subwoofers placed in an arc. To cover the near field a pair of 15-inch two-way NEOS152AXS cabinets filled out the total coverage.

Tents can be a challenge for any PA system, and the 32 metre by 40 metre structure at the PJGU Festival was no exception. Reflections from the walls and ceiling, and the ‘horn’ like shape of festival tents can typically behave like multiple delayed sources and create a confused soundscape.

However, thanks to careful aiming, and alignment of the 10-a-side AX2065 line arrays using SMAART software, speech intelligibility, according to contractor ESGRO, was “outstanding – even at the back of the audience area where every word was understood.”