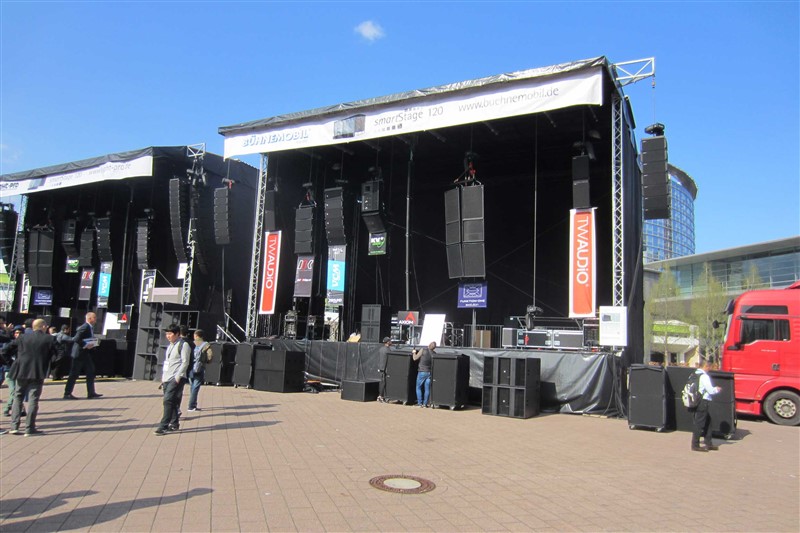 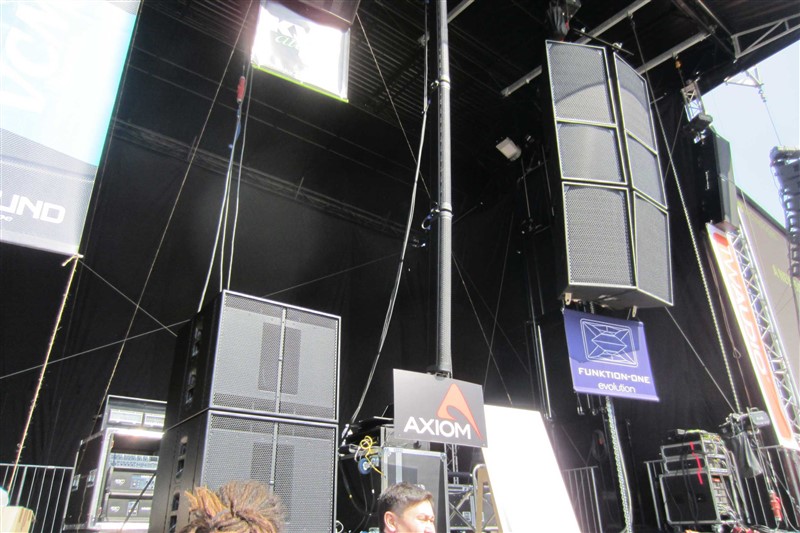 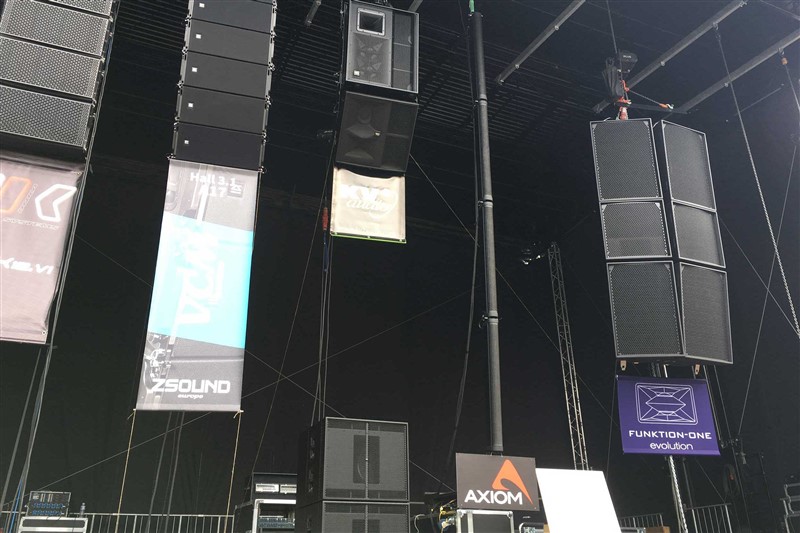 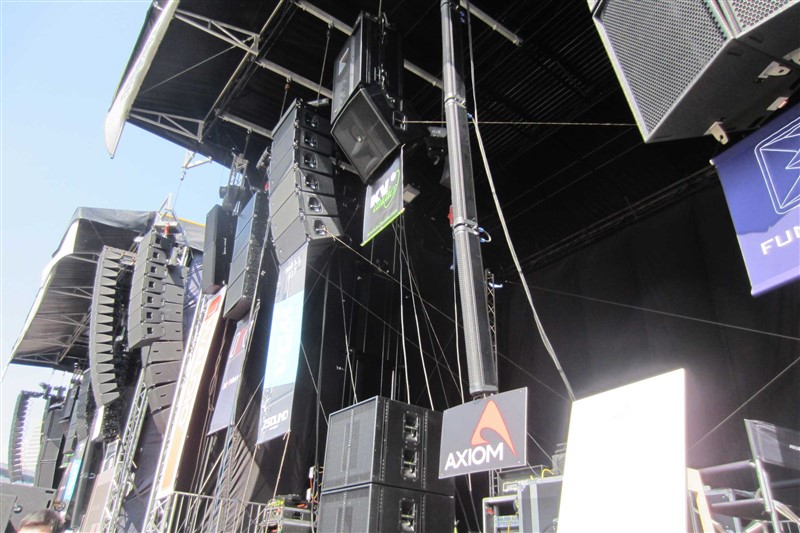 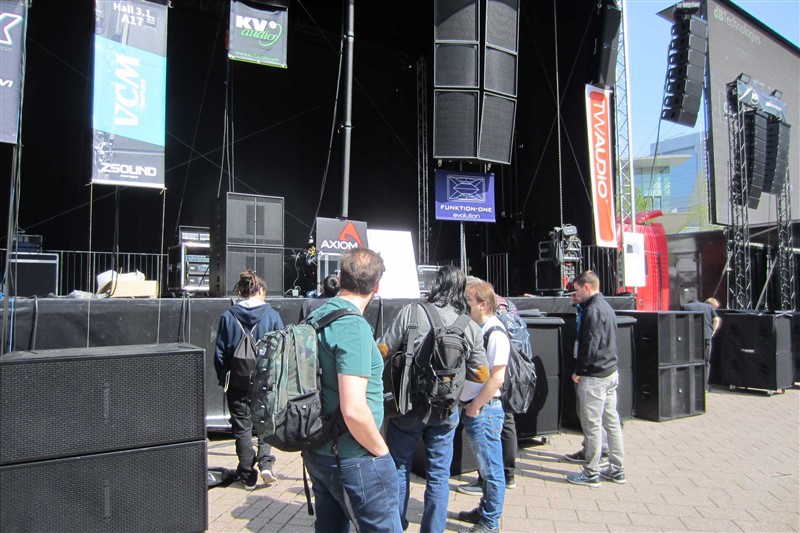 Proel's newest Axiom speaker product turned more than a few heads at the Live Sound Arena demo at ProLight+Sound last week in Frankfurt. The AX12C column array, which consists of twelve 3.5-inch cone transducers in a slim, structurally rigid extruded aluminium housing, was side by side with some of the industry's more notable medium and large scale sound systems at the outside demonstration area at the famous Frankfurt Messe.

"The intention was not to go head-to-head with the big guns who we obviously respect, but rather to demonstrate in a departure from conventional thinking that our new column array, which is essentially one-way down to 180Hz where it crosses over to a 21-inch sub, is capable of exceptional clarity of speech, good articulation, and even rock and roll performance at reasonable levels (max SPL is 130dB)," says Italian Sales Manager Damiano Formiconi.

The very unobtrusive PA – the column is less than 11cm wide and just over a metre tall – consisted of four AX12C columns and two SW2100A powered subwoofers per side. The columns were powered from the subs, which have Class D amplifiers in them with 2000 watts dedicated to the internal 21-inch speaker and 2000 watts available for up to four connected columns via the NL4 output. Transmission line back-loading of the drive units helps to provide natural cardioid response from the column with a reduction of bass frequencies behind the array, while Front Diffraction Waveguides maintain wide horizontal dispersion up to high frequencies.

"A lot of people were genuinely surprised at the AX12C's output and projection even at 30 metres in amongst the other heavyweight participants, and several in the audience were noticed to walk up close to the stage to verify which PA was actually playing, believing it to be a larger system," says Formiconi.

Although the demo setup has attracted some criticism on social media for the inevitable reflective buildings and rattling structures contributing to an 'imperfect' comparison, all but the purists will accept that the situation replicates many of the typical and practical town centre locations that present themselves to rental companies, and as such the AX12C acquited itself well as a serious, and very cost effective, player in the corporate market.

"We hope that as a result of the demo, those customers who provide corporate rental services will realise that the Axiom AX12C is a good solution for awards events and product launches because they will only need to take one type of PA system, and a small one at that, to handle playback and even live music at the end of the evening as well as all the speech requirements during the day," concludes Formiconi.