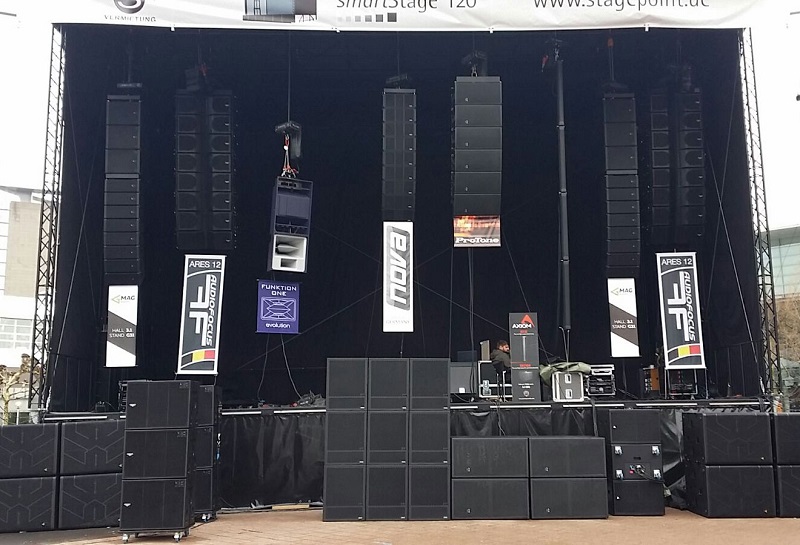 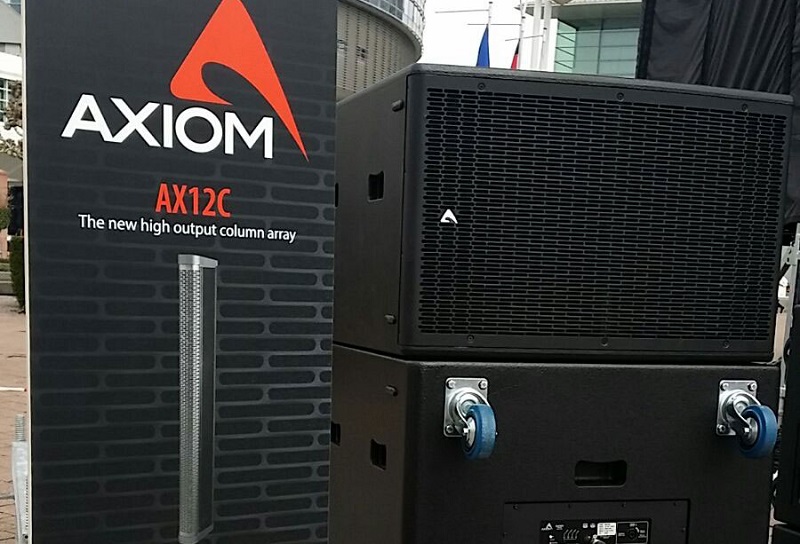 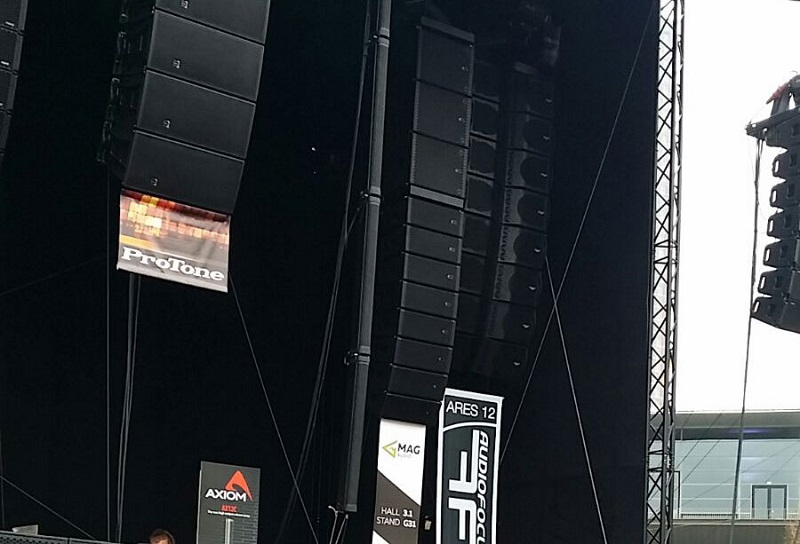 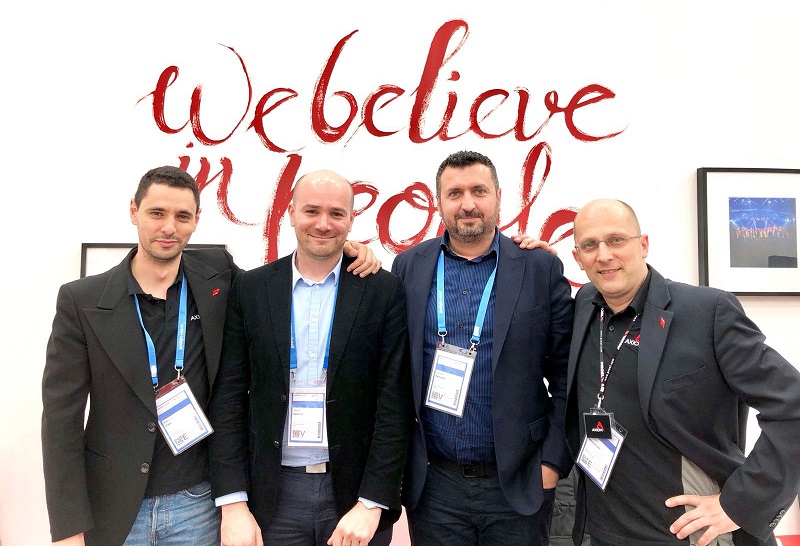 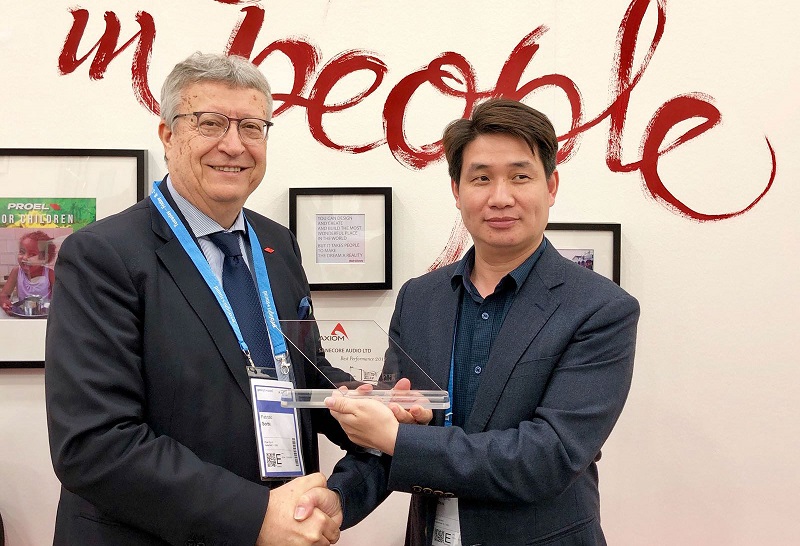 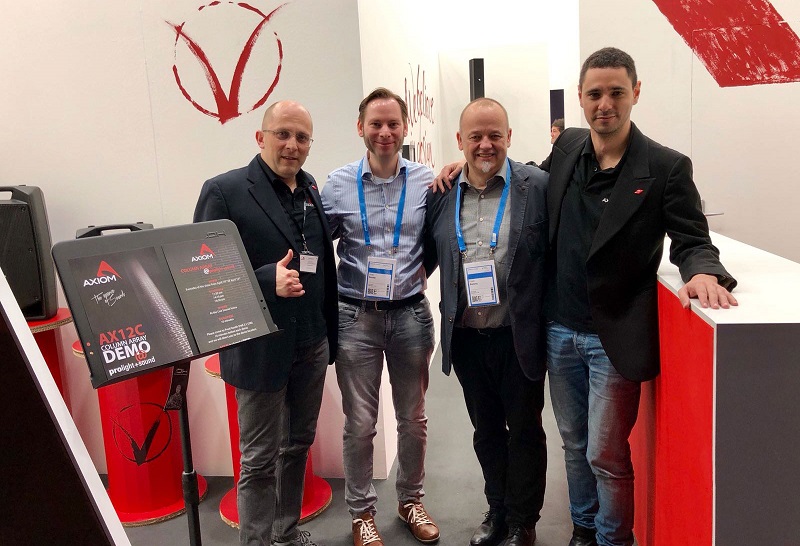 For the second year running Axiom Pro Audio has participated in the Live Sound Arena demonstration at ProLight+Sound in Frankfurt, with plenty of visitors taking notice of the AX12C column array's SPL and throw capabilities when compared to the much larger line arrays that were being shown this year.

The PL+S appearance followed immediately on from parent company Proel's International Convention which was held in Sant'Omero, Italy just four days previously, and served to reinforce the many relationships forged and renewed during these two events. In an unusual move for the Italian professional loudspeaker brand, the Axiom booth on the show floor at PL+S was a hospitality-only affair, with a special focus on business meetings. Two key Axiom distribution deals were made at the show - the first appropriately for the host market of Germany where IAD Pro (part of the IAG group) has become exclusive distributor; and with the other Black Box in Malta, a small market but with a disproportionately vibrant live music and entertainment scene.

For Axiom's International Sales Manager Elio Caia, the company's combined exposure to the market has been worthwhile. "Prolight+Sound certainly seems to be in a transition phase right now when you consider the continued growth of ISE, and the NAMM Show's renewed focus on pro audio," he said. "Our decision to maintain our presence in Frankfurt has certainly paid off as a result of the increased interest in our AX series column array loudspeakers, and we're pleased to be able to confirm two new distributor appointments. We'll be back next year.