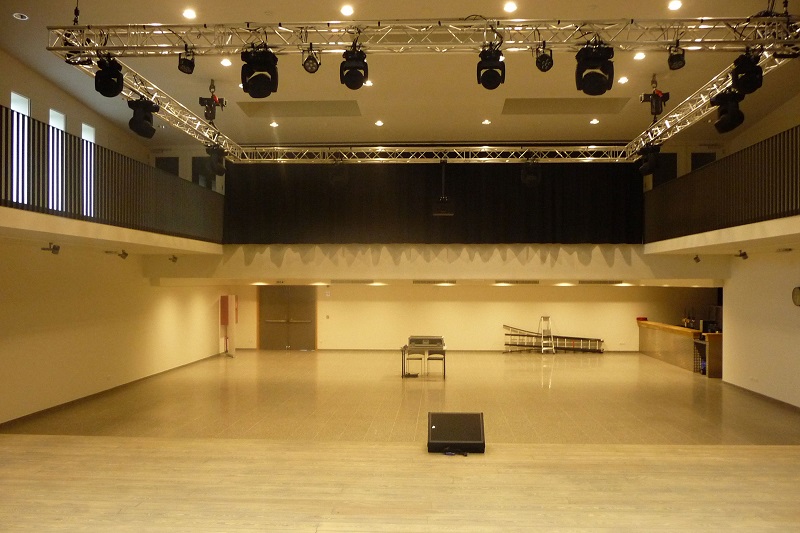 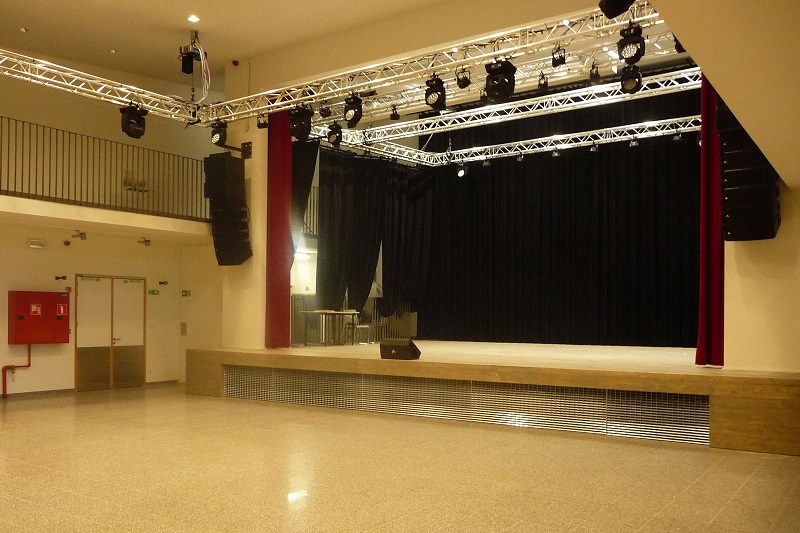 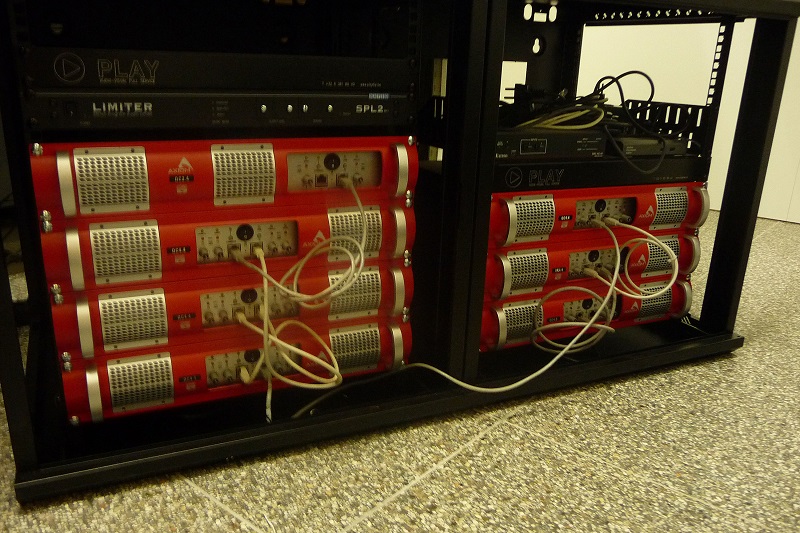 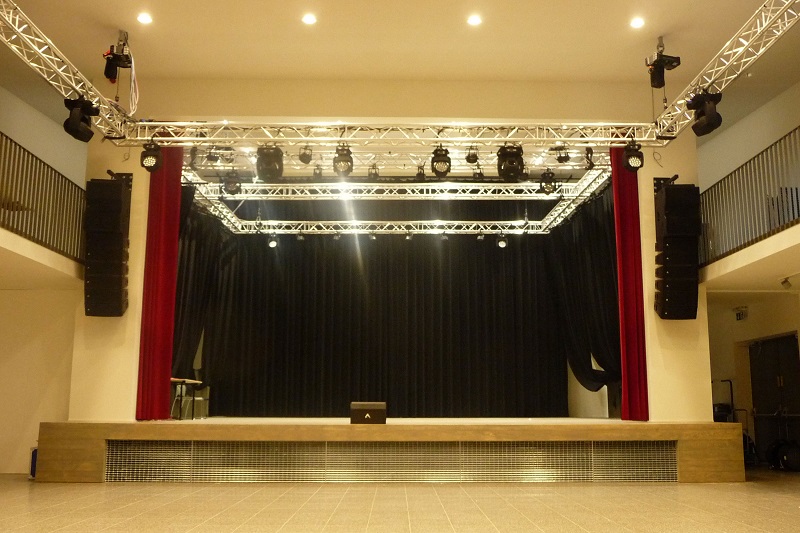 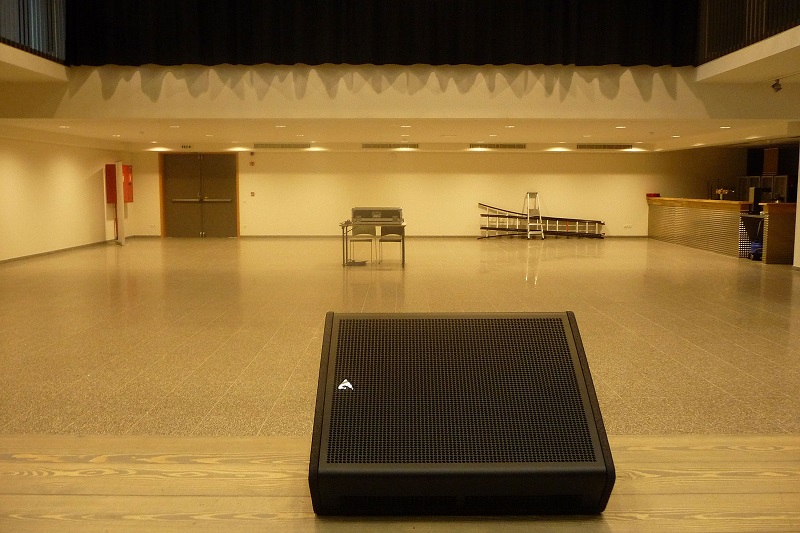 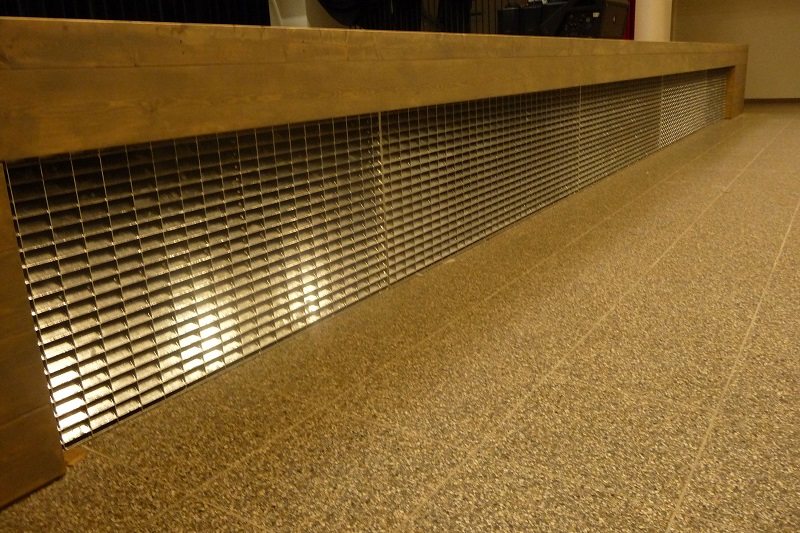 An Axiom line array speaker system has been installed at the Melac Cultural Centre in Zwijnaarde, a village in the municipality of Ghent in Belgium, well known for its fair and its Zwijntjes beer. The centre is often used for live music concerts, musicals and presentations. Installed by local systems integrator PLAY NV and supplied by Dutch distributor Heuff Sound & Vision, it is based on a four-way system design using the SW218XP as infra sub.

Heuff's Edwin in 't Veld first modeled the sound system with EASE Focus3, and took care to aim the speakers to avoid the reflective glass wall at the back of the 26m x 15m audience area. Each of the left/right arrays is flown at 4 metres high on custom-made brackets and are composed of six AX2065P dual 6.5-inch line array elements with a single SW215FP dual 15-inch subwoofer at the top, giving each array a full range response. A pair of SW218XP dual 18-inch subwoofers are built in under the stage very close to the stage front to provide the lowest half-octave of deep bass response. The all-passive system was specified to provide a convenient centralised amplifier room equipped with five QC4.4 and two QC2.4 DSP amplifiers, and so that background noise from the loudspeaker system would be totally silent during quiet speeches or musical events. Two AX15A coaxial powered stage monitors can be positioned anywhere on the stage for local monitoring.

The AX2065P features transmission line back loading with phase-cancelling vents at the sides of the cabinets, which reduces upper bass energy at the rear of the speaker due to its natural cardioid behaviour. "It was clearly noticeable that there was less low-mid bleed behind the arrays and on the stage compared with conventional systems," says in 't Veld. "This makes the system very manageable for the performers and presenters who can hear themselves more clearly through better stage monitor sound and a cleaner front-of-house mix.

"Once installed, we needed only a few phase alignment and frequency response corrections based on measurements made with AFMG's Systune software. The system's performance is amazing and easily reaches concert sound levels for the many live bands, while still maintaining the detailed sound performance needed for speech during musicals or presentations."