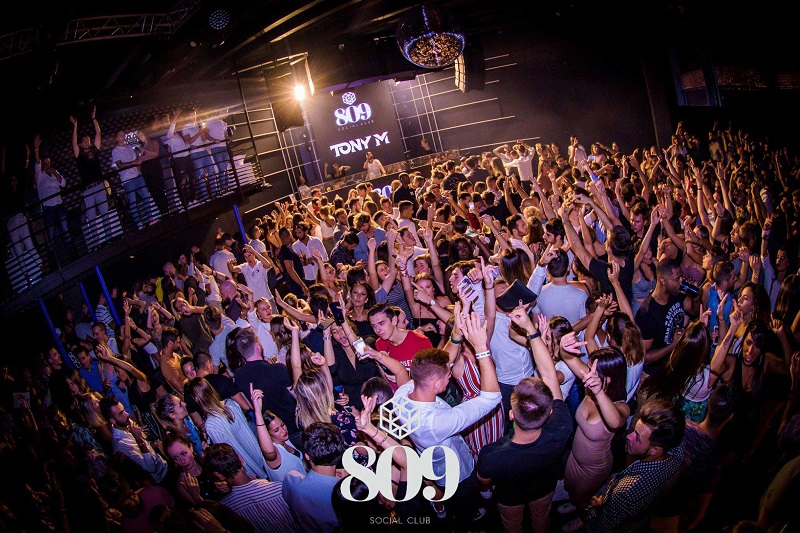 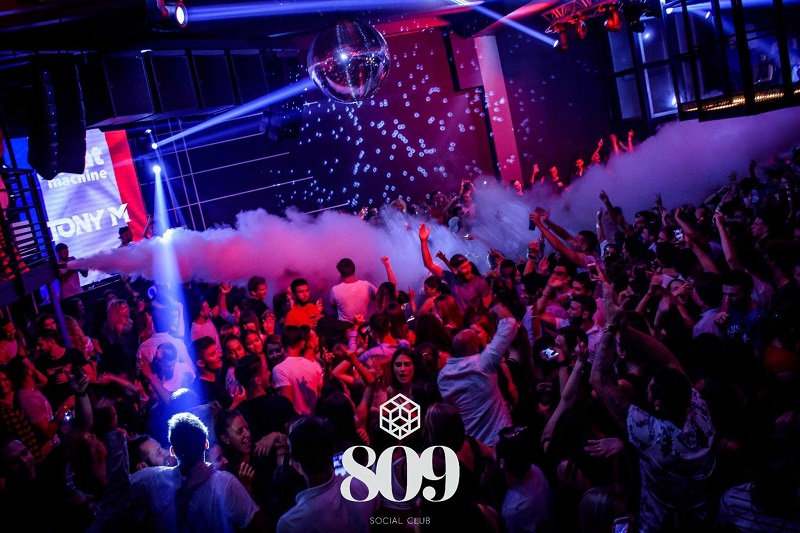 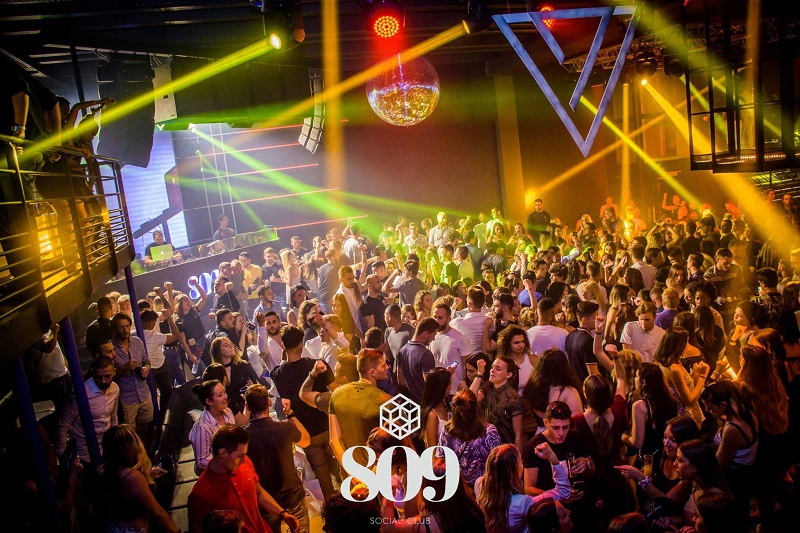 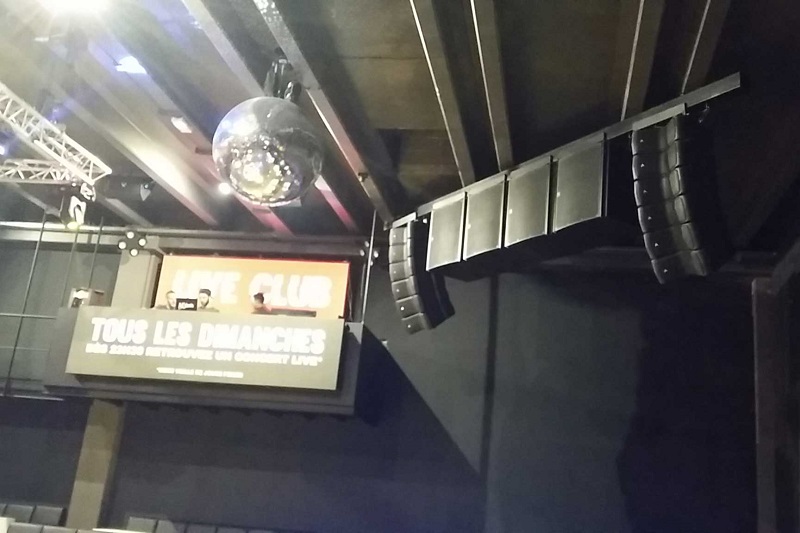 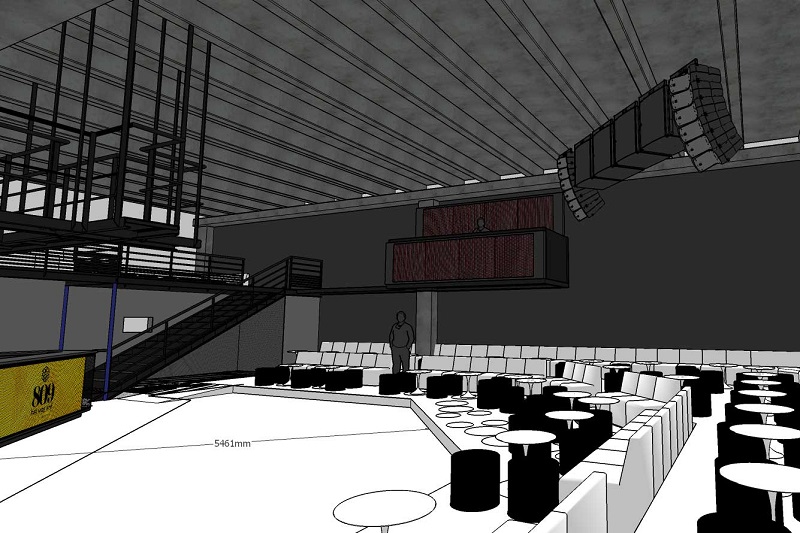 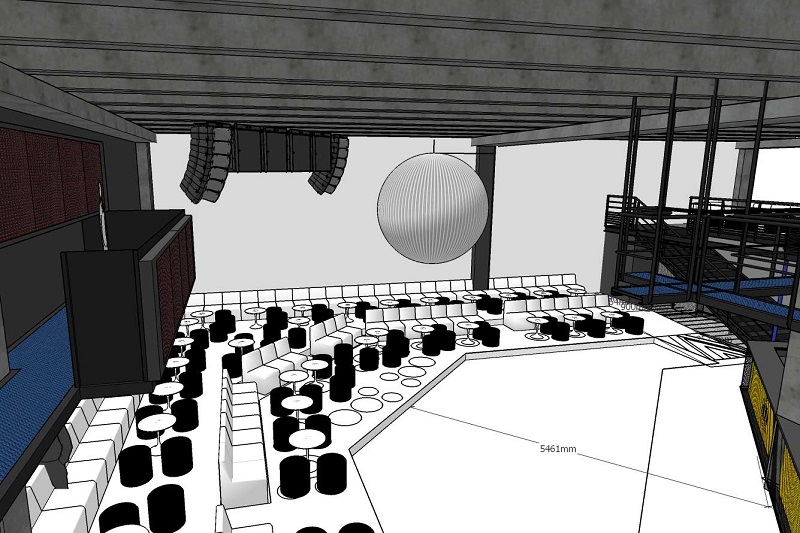 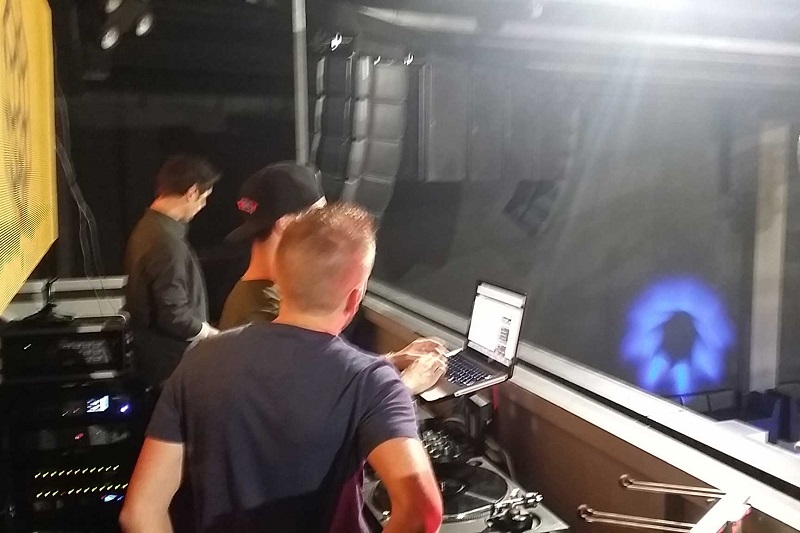 An Axiom AX800A compact line array system has been installed at Club 809, a brand new dance club project created on the site of a former concert hall in La Garde, a commune in the Var department of the Provence-Alpes-Côte d'Azur region in southeastern France, a region very famous for the Côte d'Azur which spans the glamorous cities of Nice, Cannes and Saint-Tropez.

After studying the shape of the room and considering the need to generate a high intensity, immersive sound field in the majority of the club, Massaccesi together with the club's owner and MDJ music decided that a strong focus on a centrally placed PA system with wide coverage of the whole club – rather than a multi-source distributed system involving delays and fills – would give better results, and duly modeled closely-spaced left and right line arrays, arced to match the curvature of the room. The two hangs of six AX800A dual 8-inch two-way line array elements are separated by a block of four SW36XFA powered dual 18-inch flown subwoofers in a departure from the common practice of locating subwoofers on the floor as is seen in the majority of discotheques. Not only did the prediction suggest that the subwoofers would align better with the mid-highs in the time domain, with identical arrival times for all listeners, but from a commercial standpoint many more tables were made available as well as increase in comfort and security of those people near the dance floor.

The PA is designed specifically to cover the whole room from an easily managed, central position. The source is aimed directly at the dance floor and the first floor VIP balcony and DJ booth directly opposite, with the added benefit of providing higher SPL on the gallery and slightly lower SPL on the dance floor itself. Additionally, six CX15A powered coaxial monitors are fitted to the ceiling in an inverted orientation on custom fabricated mounting brackets.

"The intention was firstly to provide very even coverage of the room with strong pressure and wide response – and we acheived this with better than 95% coverage," says Massaccesi. "But also we have ended up with the best possible time alignment of the subwoofers instead of accepting any of the compromises that can happen with floor mounted subwoofers. A theoretical calculation confirmed that we have reduced the difference in low frequency level between dance floor and blacony to only 10dB.

"This project was very much a team effort – between ourselves, Dimitry and Gianni at MDJ Music, and the club owner – and it illustrates well that a considered technical approach to a club sound system design such as this can bring about a commercially successful and emotionally rewarding result."

Photos by kind permission of Club 809