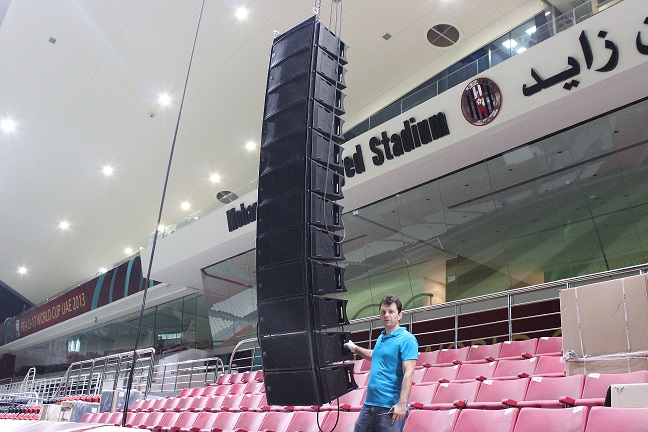 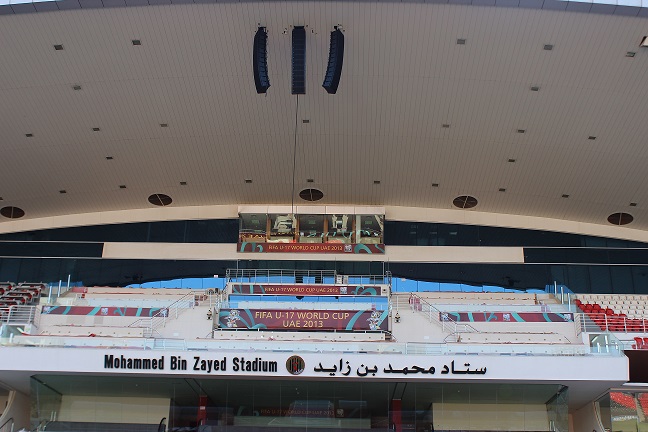 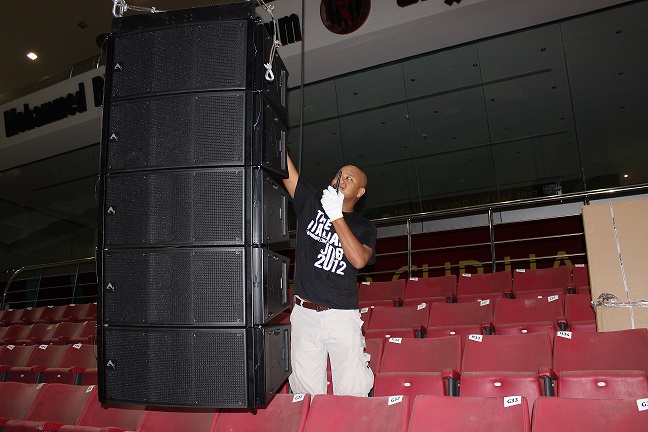 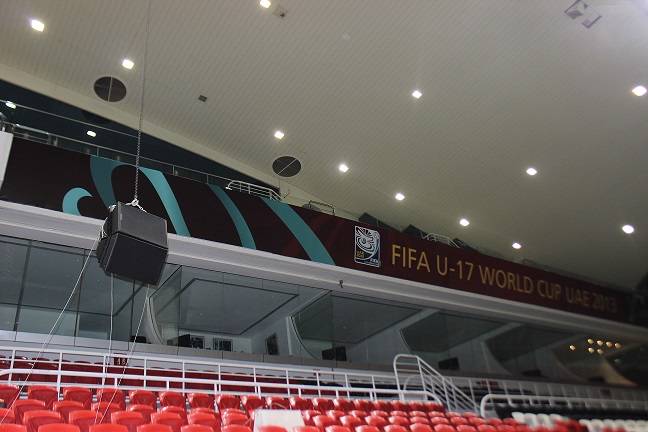 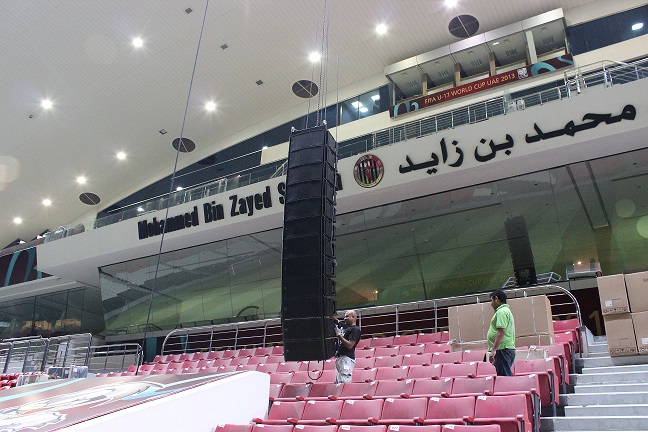 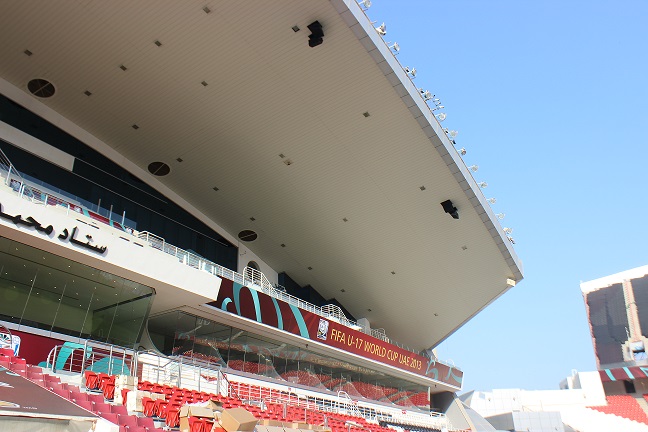 The Mohamed Bin Zayed Stadium in Abu Dhabi - U.A.E. - and home to the Al Jazira Club, has chosen a Pro Audio Proel system for its sound system. The facility in 2010 hosted the soccer games valid towards the World Cup for clubs, and from 17 October to 13 November, 2013 the U17 FIFA WORLD CUP U.A.E.
The installation of the AXIOM Proel system is part of a series of renewal and modernisation processes that the stadium is undergoing, such as the expansion of its seating capacity to 60 thousand seats.
The system, designed and engineered for the sound systems for the north, east and west grandstands demonstrated an excellent example of how close collaboration between Proel system S.p.A., its Professional lines technical support team and all resources involved from production to logistics, can lead to absolutely stunning results.
The continuous and intensive exchange of technical information that occurred since the system’s design phase between Proel and Echo Electronics, the company that was responsible for the installation and system start-up, with the active participation of the entire staff beginning with the owner of the company, Eng. Tariq Samman, has permitted the achievement of final results that are very similar to those had in the audio technical simulations.

Results that have fully satisfied even top management and the stadium's engineering team, who are literally amazed at how a system with the complete absence of a sub has such high performance even at low frequencies.
The following were used for the main system:
36 AX2010P line-array modules;
6 HPX6000 power amplifiers;
2 PC260 digital audio processors.
For the sound system for the grandstands:
16 EDGEC15P64 15'' 2 way point source speakers;
4 HPX6000 POWER AMPLIFIERS